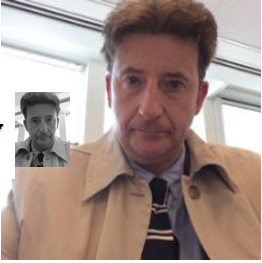 There’s an old saying ‘behind every man there’s a good woman’.

I am thinking often the long suffering mothers of children with dyslexia that often don’t always get the proper credit or recognition that they richly deserve.  But it had been pointed out to me very recently by a CEO who happened to be dyslexic himself, who referred me being part of generation X, and commented that it must have been a lot harder for my generation compared to now, growing up in Scotland with dyslexia.

Because in my education generation there was no adaptive software as there is now and at that time schools had very little knowledge or understanding about dyslexia. So when the schools of my generation that knew very little (in fact in my case none at all) it was to be expected that my own mother would have known even less and not be in a position to support me.

So in my case I was beyond school age when I needed help. I only discovered that I had dyslexia in my early 40’s.  So skip a generation, it’s my long suffering wife that now helps me. In fact, to her credit, although not a trained teacher as such, she happened to have the desire to be one when she was growing up in Cape Town and attending the university there.

So who am I and what is it that I do, and when did I my interest in writing start

Why did I start?

Why do I write so much?